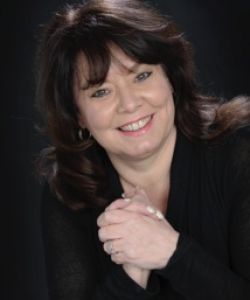 Born in Ipswich, Julie was aged five when she was first introduced to dancing, she attended the local dance school and it was at this dance school that Julie developed her passion for dance. Julie enjoyed a very successful Juvenile and Junior career in both Modern Ballroom and Latin American

On leaving school at 16, Julie choose to make dancing her chosen career and became a full time Dance Teacher. Qualifying with the ISTD at the age of 17, she was awarded the Phyllis Haylor Scholarship in 1980, and was also the winner of the Imperial 10 Trophy and the Pierre Trophy on several occasions.

As a professional competitor she was a finalist in the Closed British & UK Latin American and 10 Dance Championship's and is proud to have represented her country Internationally. In a varied career she has enjoyed performing on board Cruise Ship's to include the QE2 and numerous high profile social events.

In the mid nineties she became the youngest ever to be appointed an ISTD Examiner in Ballroom, Latin American & Freestyle, and continues to enjoy examining both at home and overseas.By the late nineties Julie was invited to sit on the Latin American Faculty which she has really enjoyed and finds most rewarding, and in 2013 was proud to be elected as the Chairman, a position which she continues to feel most honoured to hold.

Teaching and training all ages and abilities whether it is competitive, social or technical in Ballroom, Latin & Freestyle, is the most rewarding part of her life and she is proud to have been a part of many successful competitive partnerships. Julie continues to enjoy a very full dancing life, with regular invitations to teach and judge overseas as a championship adjudicator.

For the future Julie aims are to continue to promote good dance ethics and principles which have proved so valuable to her in her career, encourage good foundations and assist in the growth , development  and education to those who have chosen all forms of Dancesport.